A STORY TOLD BUT UNBELIEVED! 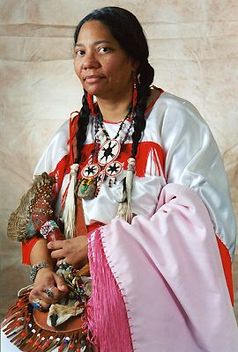 Some like to use the term, "The Untold Story." The story of the American Black Indian is not an untold one. The history has been told many times over and by many orators. The story was lost and purposefully made elusive from those who would benefit from it's discovery. Hidden deep in portals of time existing under the notion that it would never be uncovered and revealed, it went unknown for centuries. The story of Black Indians would come forth every so often over the years, but only as fragments of false information in order to hide a greater truth. Black Indians are not solely a result of African slaves mixing with Red Indians as many would have you to believe. Black Indians are indigenous to this land, before the so-called Red Man, before the Europeans, before the so-called, "Great Plains." We, the Olmecs, Washitaw, Moors, Yamasee, Mound Builders planted the seed of civilization in this country, America. Today, we are the remnants of these elders and it is time that we reveal the bigger picture, our true legacy, not as African slaves, not as immigrants, not as runaways but as what we were, and what we are, Indigenous Washitaw Black Indians!