Questions are the most frequently asked and answered questions regarding Black Indian genealogy, Tribal Politics & Determinations and Federal Treaties and the American  Indian relationship.

Question: Is there a universal definition of the term Indian?

Answer: No! The U.S. Federal Government has yet to define what an "Indian" is. The Indigenous American cannot be successfully defined without linking him to Africa. This is what the Federal Government is trying to avoid. Scientist has thus invented ridiculous blood dropping qualifications. Ethnologist will classify a person as "Indian" only if that individual contains more than one half Indian blood. Although there is no ethnological definition of "Indian", there are various legal definitions implemented to regulate federal provisions upon person, tribe and land. The legal standards are very inconsistent. A so-called "Indian" may qualify as an "Indian" for educational benefits but not for health benefits. The U.S. Census Bureau takes a more simplistic approach. The Bureau list everyone as "Indian" who claims to be one. Each Indian tribe has their own qualification for determining exactly who is an Indian. Some tribes require as much as 1/2 while others require 1/16th.

Question: Isn't there a law that states a person has the right to self determination?

Article 8 - Indigenous People have the collective and individual right to maintain and develop their distinct identities and characteristics, including the right to identify themselves as Indigenous and to be recognized as such.

Question: Do you have to belong to a recognized tribe to classify yourself as Indigenous?

Question: What about broken treaties, didn't they give Indians certain rights?

Question: Were the Indians tricked into signing these treaties?

Answer: Before the war of 1812 the United States and Indian Nations negotiated treaties on relative equals. After 1812 which ended the threat of British intervention in U.S. Internal affairs, friendship with Indians became a thing of the past with the United States. Indians "allowed" whites to share the land, it then turned into the Federal Government wanted land in which they began taking by force. In 1814, the Creeks and Cherokees were forced to relinquish 23 million acres of land to the federal government. In 1835, Andrew Jackson forced the Cherokees to sign the treaty of New Echota in which gave up their land east of the Mississippi in exchange for small land in Oklahoma which was not good harvesting land. After the treaty was signed, Jackson forced the Cherokees to walk to 1098 miles to Mississippi in which hundreds died on the journey. White settlers then moved into the former Indian land. One by one, the government forced tribes to sign treaties and push them onto reservation. Tribes that refused were exterminated.

Question: So all treaties involves the taking of land?

Answer: Yes! All treaties contains at least two provisions, Indians promise to relinquish their land and the government promises to create federally protected reservations. The government also promised to never again remove Indians from their habitat. A promise that the U.S. Government has hardly kept!

Answer: No! Why should they when they never kept the ones they did make? In 1871, Congress passed a law that prohibited the making of treaties with Indians (Title 25, Section 71) declared that Indian tribes were not sovereign nations with whom the Unites States could make treaties. However, this was a political trick. Indian tribes were at once sovereign nations until the section 71 which ended that. Treaties were thus made to strip Indians of certain rights. Congress then regulated Indian affairs through legislation and creating laws because laws, unlike treaties do not need the consent of Indians. Section 71 was the beginning of the end. Section 71 allowed Congress the right to no longer negotiate with Indians to obtain land. If Congress wanted Indian land, all they had to do was pass a law and the land was theirs.

Question: So all treaties have been breached?

Answer: Yes! Section 71 states, "no obligation of any treaty shall be hereby invalidated or impaired." Section 71 did not typically effect existing treaties but all treaties have been breached nonetheless. In 1903 the Supreme Court held in Lone Wolf vs. Hitchcock that Indian treaties have the same dignity as federal statues. A successful milestone for Indians right? Wrong! Another political ploy! Making Indian treaties equal to federal statues gives the government the power to amend or repeal a treaty just like any other statue. It literally gave the government the right to break treaties simply on a signature. Clever!

Question: Give me an example?

Question: But doesn't the Fifth Amendment of the Constitution states that Congress shall not deprive anyone of private land?

Answer: Sure it does, but when did the Constitution of the United States apply to minorities? Realistically, any monetary compensation hardly equals the lost of homes and sacred land.

Question: Has the U.S. ever honored treaties?

Answer: No! The government has broken every one of it's treaties. Most of them broken to obtain land.

Question: Can Indians sue the United States for past crimes?

Answer: Let's just say that Indians have the right to file suit in federal court for government violations. Indian tibes have been granted various rights (federal, state, executive order, agency rulings) and at one time, almost every right was violated by a federal official or agency. What we fail to realize is that the Federal Government can not be sued unless the Federal Government consents to it. Sovereign Immunity makes it difficult to sue the United States.

Question: Can Indians sue the Federal Government for reparations for land theft?

Answer: No! Indians can recover compensation for personal injuries suffered when a government official violates an Indian's Civil rights. There are several recovery options (Personal loss of land, personal injury, workers compensation, flooding, improper medical care, negligent conduct, breach of contract) but not for past deeds of stolen land. Land taken from Indians were taken during a time of discovery, war and/or conquest and even though much of the land was taken without an official declaration of war, or declaration of discovery (obviously), Indians do not have natural deeds to the land. Treaties were drawn up to "officially" take land. Indians cannot sue the Federal Government for a treaty breech.

Question: So you are saying, finders keep, losers weep?" How does the U.S. justify this?

Answer: The United States justifies everything! If Janet Reno wants to burn down a religious group in order to implement a political strike against the church, just call the group a cult and use the media to perpetuate this. What's different about Indians? There is an International law which states, "discovery and conquest gives the conquerers sovereignty over the ownership of the land thus obtained." In other words, to victor belongs the spoils. In plain English, this means that if an intruder invades your home and kills you, he has the legal right to have your home. Sounds far fetched? The Supreme Court has held that, by the virtue of the discovery of North America by the Europeans and the "conquest" of it's inhabitants, the federal government is entitled to enforce it's laws over all persons and property of the United States. It's called, "Manifest Destiny."

Question: How can it be a "discovery" if they admit they conquered the inhabitants for the land?

Answer: North America "was" a discovery to Europeans simply because it was the spread of Capitalism.

Answer: That is what the Due Process Law is "designed" to do. Due Process Clause is part of the 5th Amendment of the U.S. Constitution (in which never applied to minorities.) The Due Process Clause supposedly prohibits Congress from enforcing any law that is arbitrary, unjust, unreasonable and discriminatory on the account of race or religion. The same mumbo jumbo they said to American Negroes. However,  you know that the Federal Government has passed laws that are quite unfair and discriminatory towards Native Americans and have imprisoned American Indian leaders charging them as felons and threats to national Security. The Just Compensation prohibits Congress from taking private property "without" just compensation. But it still allows them to "take" the land! The Due Process and Just Compensation Laws are simply theoretical clauses with no true applicable intent.

Question: If Congress prohibits discrimination based on race, why do they give special treatment to Indians? Isn't that discrimination to non-Indians?

Answer: Congress has granted thousands of rights to Indians, most of them being more detrimental to tribes than beneficial. Most of these laws places restrictions on tribes, especially in issues dealing in land. The reason for the so-called "special" treatment and why some whites do not understand certain things like "Indian Country" and similarly "Affirmative Action" with African Americans is that Indians are not only a racial group but they are a political group. The United States didn't enter into treaties with Indians because they loved their smooth silky skin. They went into treaties with Indians because of the tribe's political status.  The special treatment is for commerce. The Indians had something the U.S. wanted, land! To this day, the land "reserved" for Indians by Congress, they even want that back. But also remember that the special treatment also comes with a price. Congress also has the power to impose restrictions and disadvantages on Indians in a manner where they can not on non-Indians. Therefore, before you scream, "Special Treatment" and "Discrimination", just remember that Indians get punished twice as severely for crimes than a non-Indian who commits the same crime. The more you give, the more you can take away, and the United States are experts at taking. 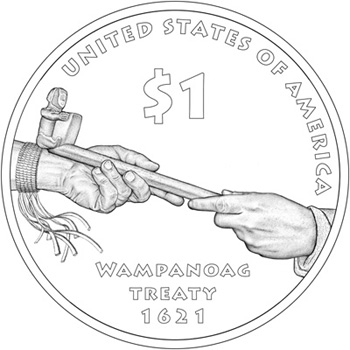