How exactly did the Africans and the Chinese mix to produce the Red Indian and were there Blacks in China as well?

Yes there were indeed Blacks in ancient China. The skeletal remains from southern China are predominately Negroid. The people practiced single burials which is an African ritual. In northern China the blacks founded many civilizations. The three major empires of China were the Xia Dynasty (c.2205-1766 B.C), Shang/ Yin Dynasty (c.1700-1050 B.C) and the Zhou Dynasty. The Zhou dynasty was the first dynasty founded by the Mongoloid people in China called Hua (Who-aa). The founders of Xia and Shang came from the Fertile African Crescent by way of Iran. Chinese civilization began along the Yellow river . Here the soil was fertile and black Chinese farmers grew millet 4000 years ago, and later soybeans. They also raised pigs and cattle. By 3500 B.C., the blacks in China were raising silkworms and making silk. The culture hero Huang Di is a direct link of Africa. His name was pronounced in old Chinese Yuhai Huandi or "Hu Nak Kunte." He was supposed to have arrived in China from the west in 2282 B.C., and settled along the banks of the Loh River in Shanxi. This transliteration of Huandgi, to Hu Nak Kunte is interesting because Kunte is a common clan name among the Manding speakers. The Africans or blacks that founded civilization in China were often called Li Min "black headed people" by the Zhou dynasts. This term has affinity to the Sumero-Akkadian term Sag-Gig-Ga "Black Headed People". These Li Min are associated with the Chinese cultural hero Yao.

We know very little about the sounds of ancient Chinese because Ancient Chinese was different from Old Chinese and Middle Chinese and the modern Chinese dialects.  This results from the fact that the Chinese dynasties were founded by diverse ethnic groups e.g., Xia and Shang Li (i.e., Black Shang) were founded by Dravidian and Manding speakers. Shang-Yin was founded by classical Mongoloids, and the Zhou by the contemporary Chinese. ) This explains the difference in pronunciation for Ancient Chinese spoken by the Xia and Shang peoples and Old and Middle Chinese or a variant there of, which was  spoken by the Zhou people. The Shang characters compare favorably to the ancient Proto- Saharan script used by the Harappans in the Indus Valley and the Manding script used in the ancient Sahara and Crete. Clyde Winters outlined the spread of the Proto-Saharan script to Harappa, and throughout Saharan Africa and Asia by the Dravidians and Manding. Evidence of Chinese writing first appears around 2000 B.C. as pottery marks. The shell-and-bone characters represented writing they were not pictures but wedges similar to African Cuneiform. The Shang symbols compare favorably with ancient Manding symbols as well. Although their are different contemporary pronunciations for these symbols they have the same meaning and shape. This suggest a genetic relationship between these scripts because we know that the present pronunciation of the Chinese symbols probably has little relationship to the ancient pronunciation of Chinese spoken in Xia and Shang times when these characters were first used. This cognation of scripts supports the proposed Dravidian and Manding migration and settlement of ancient China during Xia times. The identification of the first hero of China, Hu Nak Kunte as a member of the Kunte clan of the Manding speakers of Africa is supported by the close relationship between the Manding languages and Chinese. Even though we do not know the ancient pronunciation of many Chinese signs many Chinese and Manding words share analogy and suggest a Manding substratum for Chinese.

You mentioned the Black Shang, can you explain that further?

There were two Shang empires. The first Shang Dynasty was the Shang-Li (Black Shang) it was ruled by the Li-Qiang "Black Qiang" that was falsely portrayed in the Disney movie 'Mulan.' For the last 273 years of the Shang empire the capital was situated at Anyang. The Shang empire based at Anyang was founded by the Yin nationality. We call this empire Shang-Yin. Thus we have the Shang-Li empire and the Shang-Yin empire. The Yin were classical Mongoloid people related to the Thai and other small Mongoloid Austronesian speaking peoples situated in Southeast Asia. The use of the "black bird", as the father of Xieh, relates to the "black bird" as a popular totem of black ethnic groups in China. This passage indicates that the founders of Shang were of mixed origin. The fact that the bird myths such as the one above are mainly centered on the east coast of China also suggest a black origin for the Shang since this area was the heartland of ancient China. Both the ancient Chinese and Africans had similar naming practices. As in Africa the Shang child had both a day name and regular name. The Shang child was named according to the days of the sun, on which he was born. There were ten days in each sun. These days are called the ten celestial signs. In the Mulberry Tree tradition one day ten suns rose from a mulberry and the Archer Yi, shot down nine of them. These suns in reality were birds. This bird myth refers to the "black birds" that founded the Shang Dynasty.  The fact that only one of the ten birds survived the arrows of the Archer Yi, may relate to the unification of the ten clans into the Shang dynasty. The references to "black birds" in the Chinese literature relate to the African origin of the Shang rulers. The use of the term "Black Bird" relates to the fact that these blacks had a bird as their totem. There is a similar account in Native American history where the black bird rescues the red bird from the white bird which retreats back into the caves. This analogy is reference to the Negroid releasing the Red Indian from the clutches of the European colonialism. We know that birds do not live in caves. The cave is in reference to the mountains of Europe "Caucas Mountains."

You mentioned that the Shangs spoke Dravidian?

The Dravidian speakers originally came from Nubia. They were related to the C-Group people. The Shang culture was founded by the Kushites thus the name Yi "Great Bowmen", thus corresponding to Steu, the name for the founders of Ta-Seti the first monarchy in history. The Yi seem to have lived in both north and south China. Fu Ssu-nien, in Yi Hsis Tunghsi Shuo, makes it clear that the Shang culture bearers remained allied to the rest of the Yi people who lived in southern China. The founders of Xia are usually referred to as Yueh, as opposed to Yi. It would appear that most of Yi were Dravidian speakers while the Yueh were Manding speakers. The first Shang king was Xuan Wang, 'Black King' (Xuan means black). He was also called the Xuan Di ,"Black Emperor". The founder of the Shang Dynasty was called Xuan Niao "Black Bird"; another Shang king was called Xuan Mu "Black Oxen". 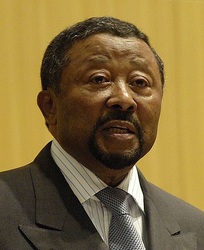 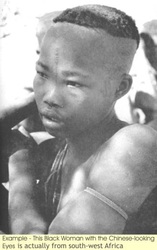 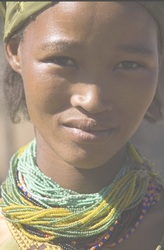 Look at these Black Chinese!